I totally forgot to unpublish Cindy’s Story when I unpublished the Unseen Things series as I work my way to re-editing everything into 2nd editions.  I’ll republish it when I get the 2nd edition done, but that won’t be until I complete the 2nd editions of the series.

The editing is totally done on the 2nd edition of book 6.  I just need to finish all the other stuff now so I can publish it.  I’ve been working on the editing for the 2nd edition of book 7, so I really need to just take a day and finish up with book 6 before I get too awful far into it.  I remembered the other day that I haven’t been updating the covers and descriptions for the 2nd edition books here on the site.  I need to try to remember to do that at some point.  For right now, they’re still all at 1st edition.

Anyway, gonna have some lunch and then get back to work. 🙂 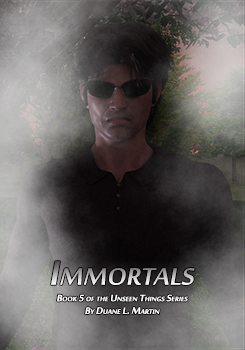