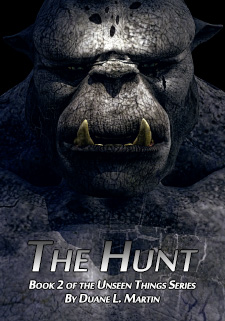 I’ve never really been happy with the cover of book 2, so tonight I designed a new one for it that I like a lot better.  The content of the book is unchanged.  It simply has a much nicer looking cover now.

I will probably redesign the cover for book 5 as well sooner rather than later since I’ve never been happy with that one either.

As for book 20, the one I’m working on now, I’ve been having a lot of fun with it.  Jake and Lana are the two characters I have the most fun writing, and I just finished the chapters where they had their first encounter with the Skinks, and then later had to take out a whole camp full of them using one of the cheapest, plans I could possibly come up with for them.  I mean really, it was so cheap and dirty that it was just an absolute blast to write.  I’m working on chapter 7 at the moment, so I still have about eight and a half chapters left to go.  One thing that I’m definitely going to include in the book is the full story where Jake and Lana did a job for a guy and then ended up having to kill both him and his two young sons in order for he and Lana to be able to escape with their lives.  It was a really bad situation and one that affected him deeply, and still does to this day.  I ran through the whole thing in Travelers, but I’m going to do it in full detail in Invasion.

Anyway, that’s it for now.  If and when I update the cover for book 5, I’ll post another update with it.